Home Who we are Trustees

Find out more about our dedicated Board of Trustees.

Our Trustees bring a range of skills and experiences from different sectors, including museums and heritage, finance, law, digital, media, and the public sector. They are responsible for ensuring the charity is well governed and determining our vision and future direction. 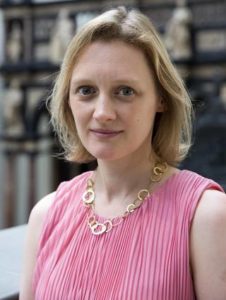 Emmajane was Director of Learning and Visitor Experience at the V&A until 2017. She managed learning programmes, gallery interpretation and visitor experience at V&A in South Kensington, as well as the running of the V&A Museum of Childhood in Bethnal Green.

As a member of the V&A Senior Management Team, she was involved in delivering a range of major capital projects, and part of the team that received the Art Fund Museum of the Year Award in 2016.

Emmajane has 18 years’ experience in museum education, interpretation, visitor experience and museum management. She is passionate about making museums and attractions as welcoming as possible and believes that the wonder and brilliance of art, design, culture and heritage should be accessible to all.

Emmajane started her career at the Ashmolean Museum in Oxford before moving to Tate Modern as Curator of School and Teacher Programmes. She was then Head of Education at the Wallace Collection for eight years, where she oversaw the development of innovative school, public and community programmes, with one in six of all museum visitors taking part in a learning activity in 2009-10. 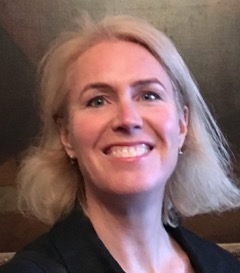 Elizabeth is an award-winning creative leader with experience in heritage, public-service broadcasting and commercial advertising. She joined London Transport Museum as Chief Operating Officer in September 2018 to lead the design and delivery of its future vision. She joined Kids in Museums as Trustee in 2017, becoming Deputy Chair in 2018.

Elizabeth was previously Chief Learning Officer at Historic Royal Palaces, where she developed a new strategy that doubled the reach with new audiences. Her large-scale events and activities were recognised for excellence in the sector with awards including from Museum + Heritage and Learning Technologies.

Before that, Elizabeth was the Head of BBC Knowledge Campaigns and an Executive Producer. Her projects won a Webby, Peabody, Children’s Bafta and a Royal Television Society Education Award for Best Campaign. Elizabeth had a successful career working on leading brands at Grey Advertising in London and New York.

Elizabeth holds a BA in English and American Literature and Language from Harvard University and an MBA from Oxford’s Graduate School of Business. She lives in London with her husband and two children who love museums and try to be part of the many rich cultural experiences that London offers.

Stephen began his working life as a history teacher in a north London comprehensive. He has since worked in national, local authority and independent museums and galleries for over 20 years, mostly in learning and senior management. His experience includes roles at the London Transport Museum, Brent Museum and Archive, and the National Portrait Gallery.

He has been in his current post at National Museums Scotland since 2005 and has worked on a range of major capital projects as part of the redevelopment of the National Museum of Scotland. As Head of Learning & Programmes, he has responsibility for school, family, adult, digital learning and community engagement programming across their sites. In a departure from his usual role, in 2018 Stephen curated a major special exhibition Rip it Up: The Story of Scottish Pop at the National Museum of Scotland.

Out of work, he takes great advantage of Edinburgh’s vibrant festival and cultural scene. He is a keen hill walker and is approaching the veteran stage of his footballing career. He is a member of the Children’s Panel in Edinburgh, the system which makes decisions about the care and welfare of vulnerable children and young people. 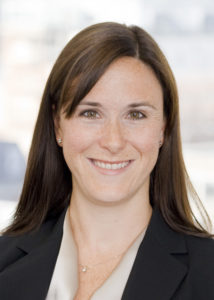 Anne is Head of Corporate Finance at Nord Anglia Education. She is a qualified accountant and corporate treasurer and was previously a Director in the Capital Markets Group at PwC.

During the financial crisis in 2009, Anne was Interim Finance Director of HM Treasury’s Asset Protection Agency. She was also was a member of PwC’s Springboard programme, which provided business mentors to graduates of the Royal College of Art, supporting them in taking their art and design initiatives into the commercial sector.

Anne lives in Surrey with her husband and two young children and the family are passionate about sport and encouraging an active lifestyle. 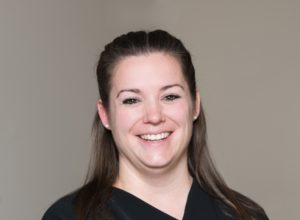 Rachel Kuhn is a Senior Consultant with BOP Consulting, an international cultural and creative economy consultancy. She specialises in working with museums, galleries and visitor attractions on large transformation projects.

Before joining BOP in 2017, Rachel worked for numerous world-class visitor attractions, including the Museum of London and Southbank Centre. She was involved in a variety of significant strategic projects including the Wellcome Collection’s major capital expansion project and the re-opening of the Queen Elizabeth Olympic Park following the 2012 Games.

In addition to being a Trustee with Kids in Museums, Rachel is the co-founder of the Visitor Experience Forum, a network of over three hundred visitor experience professionals working in museums, galleries and visitor attractions across the UK. 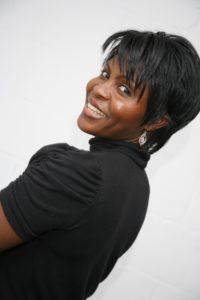 A Computer Science graduate, Rosemary worked in the IT industry for over 12 years, holding a number of high-profile strategic positions. Her wealth of experience and love for the media industry became the platform for a career change to radio and TV production and presenting.

From 2008 to 2012, Rosemary produced and presented a weekday arts and culture show on Colourful Radio, where she was voted ‘Best Female Presenter’ and ‘Best Interviewer’ by her listeners. She has interviewed a host of celebrities, including film maker Spike Lee, novelist Kathryn Stockett, Jazz musician Hugh Masekela and musical star Michael Ball. From 2012 to 2013, Rosemary presented on Jazz FM, with her show seeing the station’s largest growth.

Rosemary also created arts and culture TV show, Culture Vultures. The show, which she presented for five series, transmitted on Sky 199 and was nominated for a Screen Nation Film and TV Award in 2014.

Currently Rosemary is a Company Director of independent theatre production company, Crying in the Wilderness Productions. She freelances as a producer at talkRADIO and is an arts and culture features writer for The Voice newspaper. She is a BBC Expert Voice in the Arts. 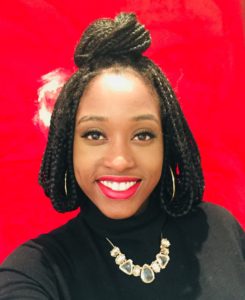 Sarah is a Freelance Educator and works with museum learning teams to develop their audience engagement. In October 2018, she became one of the first Kids in Museums Young Trustees.

She currently works as a Learning Assistant at London Transport Museum, following an Arts Council England supported Young People’s Skills Programme apprenticeship there in 2015. Her current role includes coordinating outreach and recruitment, organising skills and employability events and mentoring current apprentices. Sarah is also Learning Intern at the Bethlem Museum of the Mind in Beckenham, London.

As one of the Heritage Lottery Fund’s Heritage Ambassadors, she helped to decide youth project funding awards, presenting to the HLF Board of Trustees. Sarah is an advocate for the benefits the sector brings to young people’s lives and wants to encourage institutions to “think outside the box” to reach new audiences. 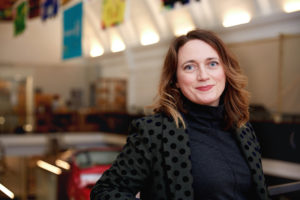 Victoria Pinnington is Director of Communications and Income Generation at the Horniman Museum and Gardens. She has responsibility for all fundraising, communications, digital, visitor experience and commercial activities.

Alongside her trustee role at Kids in Museums, Victoria is a governor at Forest Hill School and lives in south London with her husband and two sons.

Amy is Marketing and Impact Officer for the Cornwall Museums Partnership. She joined the Kids in Museums Board of Trustees in October 2018 as one of the charity’s first Young Trustees.

She began her museums career with work experience at local heritage sites, Wightwick Manor and Bantock Park House Museum. She then took on Front of House and Marketing roles at the National Maritime Museum in Cornwall, before joining the National Trust’s West Cornwall portfolio as Senior Visitor Experience Officer.

She also served as Communications Officer on the South West Federation of Museums and Art Galleries’ Committee. 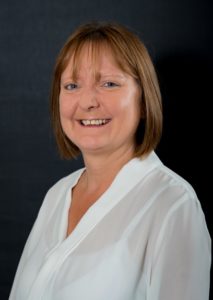 Eleri is the Deputy Police and Crime Commissioner for Gwent and the former Chief Executive Officer and Deputy Children’s Commissioner for Wales. She was recognised in the Queen’s Birthday Honours list in 2009 and awarded an MBE for her services to children and young people whilst head of the children’s charity, Save the Children, in Wales.

She has more than 20 years’ experience of working in strategic leadership and management roles in Wales and has had national influence on areas of focus including safeguarding people, families living in poverty, looked after children and young people, the youth justice system, people experiencing mental health issues, young carers, community cohesion and hate crime and its impact on asylum seeking families.

Eleri led a national stakeholder leadership group on child sexual exploitation, which resulted in the production of a national action plan. She coordinated the four UK Children’s Commissioners’ submission to the United Nations Committee on the Rights of the Child in 2009 and 2016.

In addition to her role at Kids in Museums, Eleri is chair of Trustees of the Vale of Glamorgan Youth Forum. 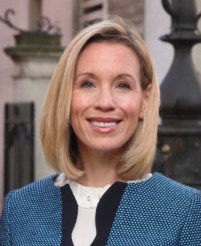 Prior to joining Lancor, Linsay was a Partner at another leading executive search firm, where she led the Consumer, Retail and Leisure Practice internationally. She has a track record of placing C-suite executives and Board members into mid and large-cap private equity backed businesses.

Earlier in her career, at Monitor Company, she focused on leading marketing strategy projects for a range of companies across Europe. Her consulting work drew upon her experience as Marketing Director of the privately-held spa and products group, the Sanctuary, and her management of Johnson & Johnson’s leading skincare brand, Neutrogena.

Linsay has an MBA from Harvard Business School and a MA in History from the University of Oxford. 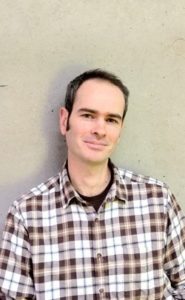 Dom has been employed in the digital media and marketing industry since 1996 with experience in both the private and voluntary sectors.

As Strategy Director at digital agency Syzygy, he works with clients to develop digital strategies that help their businesses grow and deliver great websites, apps and services for their customers.

Prior to this, he led the digital and operational team at groundbreaking not-for-profit YouthNet, responsible for the youth information website www.thesite.org. Working at YouthNet provided first-hand experience of how to engage and connect with young people across different platforms. His experience of being part of the organisation’s senior management team means he understands the specific challenges and opportunities of the voluntary sector.

As a trained journalist, he has worked for the Guardian, edited the official Glastonbury Festival website and helped launch XTRA, New Zealand’s largest content portal and most popular website.

Outside of work, Dom can usually be found in a record store, gallery or trying out new gadgets with his two kids.