Home Who we are Ambassadors and Founder

Meet our President, Ambassadors and Founder. 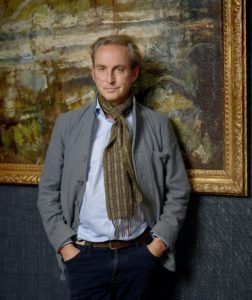 Philip is an art dealer who, through his books, TV work and numerous articles, has become one of the most recognised figures in the British art world. He is best known for his popular BBC1 programme Fake or Fortune? (now in its eighth season), which he helped formulate in 2011. The show has viewing figures of up to five million, making it the most-watched arts programme in the UK, and is watched by people across 40 countries worldwide.

Philip has run his own art gallery, now situated in Pall Mall, London, for the past 30 years, specialising in British and old master paintings. He has gained acclaim for unearthing many significant art discoveries, including works by Van Dyck, Gainsborough and Rubens. His expertise is in high demand from international collectors, academics, institutions and museums in the UK and abroad.

Philip has also written two influential books on the subject of art discovery: Sleepers: In Search of Lost Old Masters and Sleuth: The Amazing Quest for Lost Art Treasures.

From 1988 to 2011, Philip held the position of official art adviser to the House of Commons and House of Lords for which he received the Order of the British Empire. He is President of Kids in Museums, President and formerly Chairman of Plantlife, and a patron of Fight for Sight. In 2013 he received an honorary doctorate from the University of East Anglia where he completed his honours degree in art history in 1981. 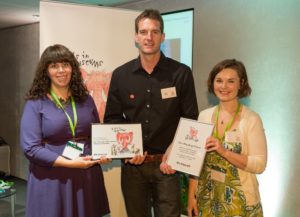 Dan is a well-known historian, broadcaster and TV presenter. He was born and raised in London and remembers spending every weekend of his childhood being taken to castles, battlefields, country houses and churches. He developed a great love of history, which he went on to pursue at Oxford University. While at Oxford, he rowed in the Boat Race three times.

Dan left Oxford and immediately started presenting military history programmes with his father, Peter Snow. Their series, Battlefield Britain, won a BAFTA award. It told the story of eight of the decisive clashes in British history from Boudicca to the Battle of Britain.

He has a regular slot on The One Show on BBC1 and is also part of the BBC Events team, presenting anniversary programmes commemorating the end of World War Two in July 2005, Trafalgar in October 2005 and the Falklands War in 2007.

He has written or contributed to several books including Death or Victory, the story of the siege of Quebec in 1759, and Confusion of Command in which he published his great grandfather’s war diaries. 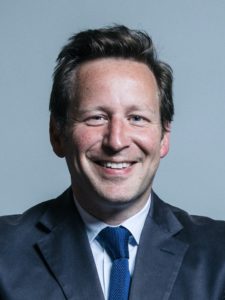 Ed Vaizey became the Member of Parliament for Wantage in 2005 and stood down before the 2019 General Election. He served as the UK Government Culture and Digital Minister from 2010-16 and was the longest-serving Minister in that role. He was appointed a Privy Counsellor in 2016.

In his role as Minister, Ed was responsible for the roll out of the successful UK rural broadband programme, the introduction of 4G, and tax credits for film, TV, animation and video games, which have helped make the creative industries the fastest growing part of the UK economy. In addition, he played a key role in attracting inward investment to the UK tech economy. 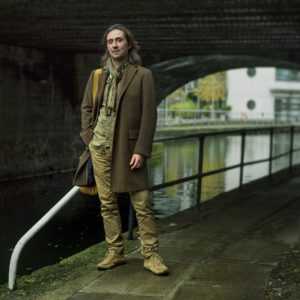 Neil is a historian, TV presenter and author. He first qualified as an archaeologist and then as a journalist, working on publications including The Scotsman, The Herald and The Guardian.

He began his TV career in 2002 with BBC2 series, Two Men in a Trench. In 2005, Neil joined the team on the highly acclaimed BBC2 series Coast and soon became lead presenter. The programme, which ran for 10 series, looks at the natural and social history of the British coastline. In 2013, the programme expanded to Australia and Neil has recently finished filming the third series of Coast New Zealand.

His documentary work on the BBC includes The History Detectives, A History of Ancient Britain, A History of Scotland and Vikings, as well as contributions to BBC1’s The One Show. He also took part in Channel 4’s Time Team: Big Royal Dig, digging up the gardens at the Palace of Holyroodhouse in Edinburgh. He contributed to the BBC’s World War One centenary season by presenting The Machine Gun and Skye’s Band of Brothers.

His books include Amazing Tales For Making Men Out Of Boys, A History of Scotland, A History of Ancient Britain, Master of Shadows and The Story of the British Isles In 100 Places.

Neil is currently touring the UK, speaking to over 39 sold out venues about what British History means to him. He lives in Scotland. 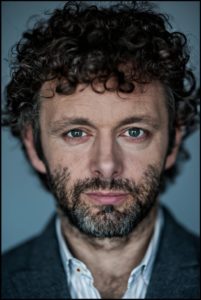 Acclaimed actor Michael was born in Newport in Wales and began his career on stage, before making a successful transition to the big screen.

Trained at the Royal Academy of Dramatic Arts (RADA) in London, Michael won the coveted Laurence Olivier Bursary for consistently outstanding performances. His West End debut was a leading role opposite Vanessa Redgrave in When She Danced. He has starred and received critical acclaim for his theatre performances in Amadeus, Caligula, Frost/Nixon, Romeo and Juliet, Henry V and Hamlet.

On TV, his credits include Kenneth Williams: Fantabulosa!, Dirty Filthy Love, Far from the Madding Crowd and a guest appearance in Doctor Who alongside Matt Smith. Michael went on to star in the film adaptation of Frost/Nixon, as well as portraying Tony Blair in The Queen and sequel The Special Relationship. He has also starred in popular franchises, Underworld and Twilight.

Michael has received many awards for his work, including the Royal Television Society Best Actor Award and a London Critics Circle Award. He has received nominations for the Olivier Awards, Emmys and BAFTAs. He received another nomination as Best Director for a UK Theatre Award for The Passion of Port Talbot, a live three-day event for National Theatre Wales, which he created, co-directed and starred in. 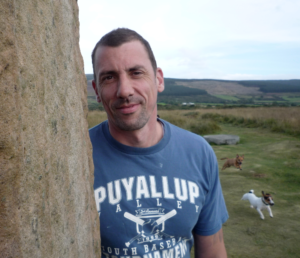 Author Damian cut his teeth in the book world writing the three History Keepers novels, an “intelligent, quick-witted” adventure series for young adults. About a boy who discovers his parents are lost in history and must join a secret service to track them down, the novels have been translated into 27 languages and were put into development for a movie.

Tomorrow, Damian’s first book for adults was published in the USA and UK in 2018.

Previously Damian worked as a screenwriter and occasional actor in films as diverse as the Phantom of the Opera, Puss in Boots and Young Indiana Jones.

Born in London, Damian is a keen explorer, trainee animal whisperer and inspired by just about everything from archaeology to cosmology. 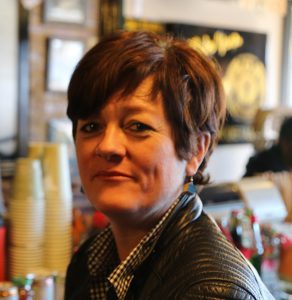 Dea founded Kids in Museums in 2003 and was its Director and then Creative Director until 2018 when she stood down from the organisation. She is passionate about advocating the importance of museums in providing experiences, opportunities and ambitions to young people.

Dea is an award-winning writer and journalist, author of seven books including Serpent in Paradise, Off the Beaten Track and Three Centuries of Women Travellers (with the National Portrait Gallery). She is a contributor to the Guardian, Mail on Sunday and a wide range of national publications, as well as a regular commentator for the BBC. She is co-Director of TextWorkshop and Circus 250, and Creative Director of Many Rivers Films, an Emmy-nominated film company, making challenging dramas and documentaries.