On Monday 23 May, Takeover Day 2016 had a monumental launch at Stonehenge. Six Year 8 pupils from Stonehenge School were tour guides around the iconic Neolithic stones in Wiltshire, England, enthralling visitors with their enthusiasm and knowledge of the prehistoric site. 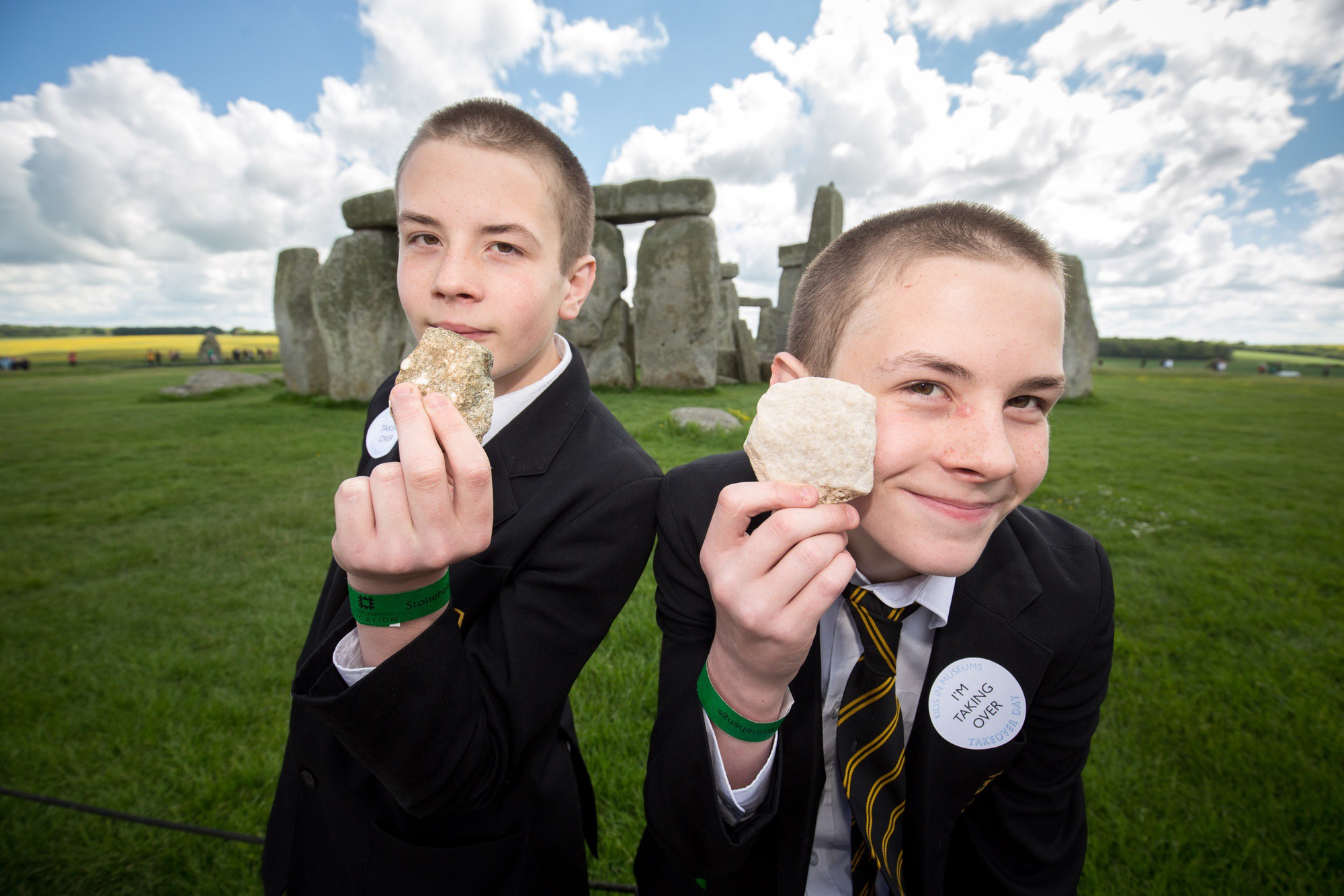 The launch of Kids in Museums at Stonehenge. © Photograph by Sam Frost.

Takeover Day 2016 is on Friday 18 November. It is the annual day on which children and young people are given meaningful, powerful, decision-making roles at heritage sites, museums and galleries, doing jobs that adults would normally do. Last year, over 6000 young people took part UK-wide.

Thirteen-year-old Jordan said: “Doing Takeover as a tour guide at Stonehenge really excites you whether you’re interested in history or not. It’s like work experience. It’s like a proper job. It’s a great way to get young people involved. It’s giving something back to your community.”

Until 13-year-old twins Sean and Calum trained as Takeover tour guides, they’d never visited Stonehenge, even though they live close by. Sean said: “When I did Takeover, I thought I really want a job here. I was an amazing tour guide!”

His twin brother Calum said: “I’ve learnt about life here. I’ve learnt that even if people reject you at first, don’t give up, try again.”

Tourists to Stonehenge – one of Britain’s most popular tourist sites – were so entranced by the young tour guides that they queued to have their photos taken with them. The 13-year-olds also showed off their Neolithic knowledge by handling tools and household objects in reconstructions of Neolithic homes, to demonstrate what family life was like 5,500 years ago.